Common Core: The Fuss Over Non-Fiction 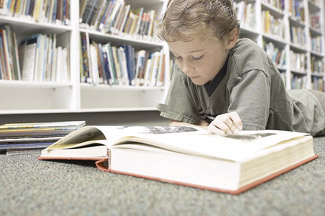 Q: The 50/50 Shift: How did we get here?
The Common Core State Standards recommend that elementary teachers now give equal emphasis to both literature and informational texts. There are a number of factors that led to this shift. Numerous studies have shown that students (in general) are engaged in reading very little informational text during the school day—in many cases less than five minutes per day. The study “Reading Between the Lines” (ACT 2006) determined that students who reached the benchmarks in reading for the ACT exam were those who were able to analyze and interpret complex texts. In 2006 the number of students who reached the benchmark was the lowest in over a decade. Why? David Liben in “Why text complexity matters” in Appendix A of the Common Core State Standards offers the following:

The Common Core demands that our students do a lot more reading in the course of their day and that there is a balance of literary and informational text. If we are to move students along a path of reading and understanding texts of greater complexity to assure their college and workplace success, then we need to build in more experiences with expository/informational texts.